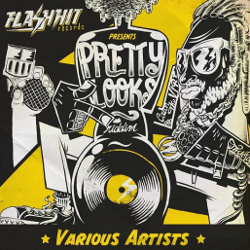 French-based label Flash Hit Records have previously released riddims such as Worldwide Love and Make it Gwan along with the furious single Warpath from Stitchie.

Now they’re back with a new riddim, and it’s a tribute to the late and great producer and label owner Clement “Coxsone” Dodd.

Pretty Looks riddim is a recut of the Heptones’ Pretty Looks (Isn’t all). It’s voiced by a star-studded line-up including veterans and rising talents from Europe and Jamaica, for example Bushman, Skarra Mucci, Million Stylez, Lion D, Raphael, Maikal X and Michigan.

Pretty Looks riddim is now available on digital download and will also be released on vinyl.