Half Pint Takes The No Stress Express

Half Pint Takes The No Stress Express

Half Pint launches his new album No Stress Express in Jamaica. 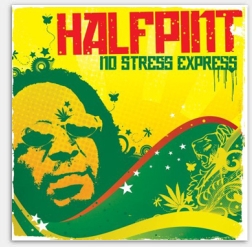 Saturday, January 26, 2008, at the Half Moon hotel in Montego Bay, Jamaica, Half Pint has launched his next album.
Entitled No Stress Express, this set is scheduled for the 11th of March 2008 and will be distributed via Universal Music Group Distribution.

Half Pint will be performing on three shows in Great Britain to promote the album in February 2008 and a US tour in April/May.