New compilation from the Marley’s 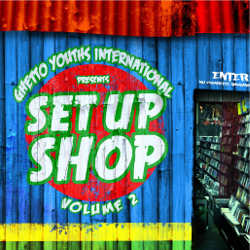 The new album is primarily produced by the Grammy-winning brothers Stephen and Damian Marley. The set features new and already released material from the entire Ghetto Youths roster, including Jo Mersa, Black-Am-I, Christopher Ellis, Wayne Marshall and the label’s founders, along with dancehall artist Cham.

Damian Marley’s Is It Worth It? (Gunman World) is lead single off the compilation and will be accompanied by short film music video directed by Nabil Elderkin, who has previously worked with Kanye West, Nicki Minaj and Frank Ocean.