The Cure by Jah Cure

The Cure by Jah Cure

Jah Cure signs with VP and prepares for new album. 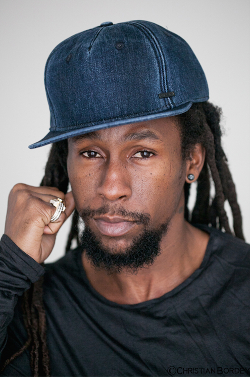 Jah Cure has inked a new deal with reggae powerhouse VP Records to release multiple albums, including the upcoming The Cure, slated for release in the second quarter of 2015.

“It is time for me to sign with an official company. VP is the largest distributer of reggae music and that is a fact, so I am happy to say I am in the best place right now for me. I look forward to build together and feel and sense good things to come,” says Jah Cure in a press release.

Jah Cure has previously worked with VP and released two albums - Freedom Blues in 2005 and True Reflections...A New Beginning in 2007 - with the label, but was not officially signed as an artist.

VP A&R Neil Edwards has worked with Jah Cure for more than 13 years and is thrilled to have signed him.

“Cure's sound is so unique. It resonates with roots reggae listeners and r&b lovers alike,” explains Neil Edwards in the press release.

The Cure is described as a return to roots reggae and lover's rock with pop fused elements. It’s produced by the legendary Clive Hunt, Llmar "Riff Raff" Brown and Christopher "Sketch" Carey, amongst several others. The set will feature Jah Cure's new material as well as previously released cuts like Rasta, That Girl, Life We Live and his cover of John Legend’s All of Me.