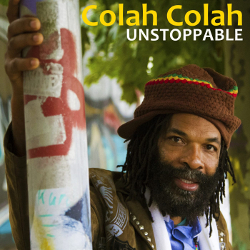 Elevation Records produced 3 albums from Jamaican artist Colah Colah between 2011 and 2014 along with Network & The Future, recorded with Turbulence in 2013.

The singjay collaborates once again with the label Elevation Records and Basco Sound for his new album Unstoppable that was released on March 1st. It includes the single Up Up Up along with featurings with Luciano and Natural Black.