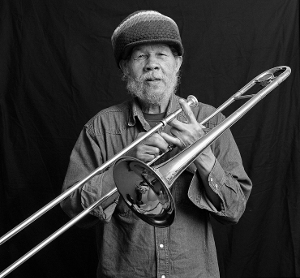 Popular trombonist Emmanuel Rodriguez otherwise known as Rico Rodriguez passed away September 4th at the Hammersmith Hospital in London, England. Born in Cuba in October 1934, he moved with his family to Jamaica from a very early age and claimed Jamaica as his homeland, as much as the country claimed him as theirs.

The Musician who was ailing for a short period was 80 years old at the time of his passing. The reported cause of death is the collapse of his lungs along with other complications of infection. He attended the popular Alpha Boys School where he was taught to play the trombone by his mentor the legendary Don Drummond. Rodriguez migrated to the United Kingdom in the mid sixties where he would continue his music career. One of his most popular albums was Man From Wareika which was produced by Island Records in 1976. In the latter years Rico was awarded MBE (Member of the Order of the British Empire) by the Queen of England and the Silver Musgrave Award in Jamaica for his contribution to the music industry.