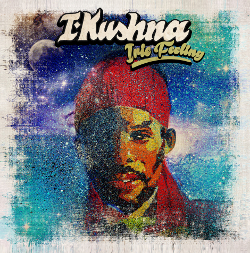 Jamaican singer I-Kushna has recently put out his debut album Irie Feeling, a set recorded between Jamaica and Brazil with producer Jeff Boto.

The duo started working on the album already in 2011, but it has for various reasons taken about five years to complete. The set features eleven tracks and has Brazilian singer Laylah Arruda on backing vocals.