Life Goes On by Nelly Stharre

Life Goes On by Nelly Stharre 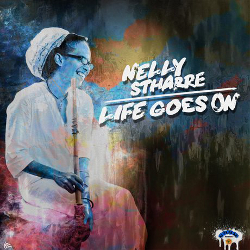 Dominican Rastafarian singer Nelly Stharre tragically died in a fire in August 2015 only 41 years old. At the time she was working on new material, and some of it might be featured on the EP Life Goes On, a set produced by Anthony Senior courtesy of Altafaan Records.

Life Goes On collects five cuts of smooth reggae and it follows her third album Soul Country, which was produced by reggae veteran Clive Hunt and released back in 2004.