New 7'' release with Michae Rose on vocals due out for 18th of March on Deep Root label. 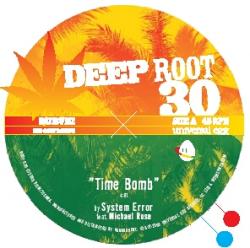 New 7'' on German Deep Root label with the debut release from the Grecian System Error crew with Michal Rose on vocals. Time Bomb features conscious lyrics from Michael Rose on a heavy stepper riddim by System Terror. Dubwise cut from Dub Terror on the flipside. As always on Deep Root, this 7'' is a limited edition, due out for 18th of March. So don’t be late, make it a date !