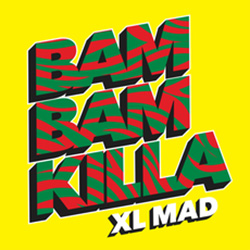 After relocating from Puerto Rico to Italy, XL Mad started playing in soundsystems, hosting for local Numa Crew whilst travelling the world.

He was just signed by Nice Up! and released his debut single Bam Bam Killa as a solo artist with Numa Crew's very own Tkay and Lapo on production.