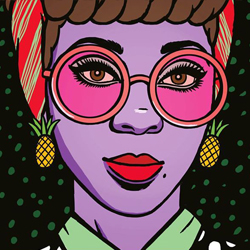 The daughter of Paul Cook, drummer for the Sex Pistols, is back with a new song Angel Fire.

It is the first single from her forthcoming album, due in early 2018.

Martin ‘Youth’ Glover’ of Merge Records explains on their recent collaboration: “I’m very honoured to work with Hollie, one of the most exciting emerging singers and writers over the last ten years. Hollie combines seductive and wistful melodies, underpinned with some sharp lyrical observations and clever word play combined with an exquisite and informed pop sensibility… It was a pleasure to work with an artist with such high-caliber criteria and vision.”