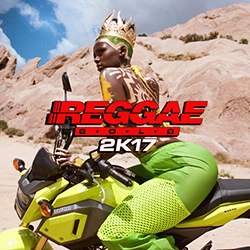 VP Records recently released its new compilation Reggae Gold 2017. It includes some of the best songs of the label from 2017.

“We couldn’t have been more satisfied with this year’s Reggae Gold. There is something for everyone and we wanted to make sure that each song was just as good as the last,” said Neil Edwards, Senior A&R at VP Records.