New album by Vibronics with guest vocals from Macka B, Jah Marnyah and Echo Ranks. Due out for 28th of April. 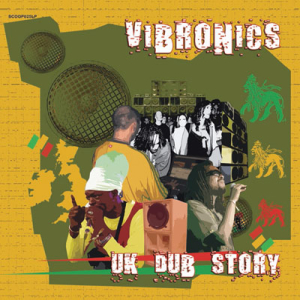 Called UK Dub Story, the new album from Vibronics is due out for 28th of April. A 12 tracks album with heavy dubs and guest vocals from Macka B on Tired Of The War, Jah Marnyah on King’s Highway and Echo Ranks on the powerfull Long Time Dub. A highly recommended set for all UK dub fans but not only ! Soon available on CD and LP.

As the press release says : "UK Dub scene is the underground of underground music cultures. It is a scene that is thriving more than ever, despite a total lack of mainstream media coverage and the general decline of the mass music industry". So feel free to support this independant release on Scoops’ Vibronics label.