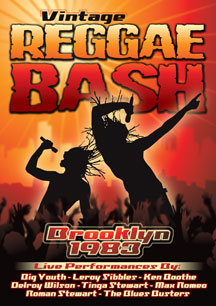 This DVD consists of footage from an incredible Reggae festival held at the historical Empire Roller Skating Center in Brooklyn, NY circa 1983. It includes sets from such legendary artists as Big Youth, Leroy Sibbles, Ken Boothe, Delroy Wilson, Tinga Stewart, Roman Stewart, The Blues Busters - Lloyd Campbell and Phillip James, and Max Romeo. The 30,000-square-foot venue, a go-to spot for skate-world renegades in the early 70s, was a de facto community center where teenagers came after school and families spent the weekend. It was the perfect place to host such a historically important music event such as this.

Musical Youth : Live in the UK 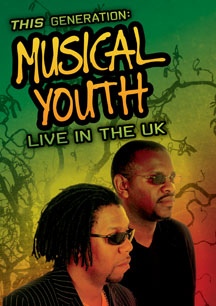 Musical Youth formed in 1979 at Duddeston Manor School, Birmingham, England. This pop/reggae influenced group, featured two sets of brothers, Kelvin and Michael Grant, plus Junior and Patrick Waite. Their massive 1982 hit "Pass The Dutchie" was the first of their songs to capture the public's imagination. It propelled their record to Number 1 in the UK singles chart, and went on to sell over four million copies. It was also nominated for a Grammy Award, and charted in the US Top 10. Youth Of Today, Never Gonna Give You Up, 007 and Tell Me Why? were also big international hits. This DVD features these incredible musicians live in concert!