Put Those Fools by The Expanders

Put Those Fools by The Expanders 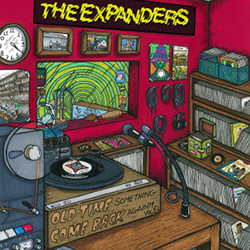 The Expanders have just released their second single off the upcoming volume 2 of their Old Time Something Come Back Again cover series. Volume 1 was released in 2012 and is available for free download.

After first single Strugglers' Time from the original song by Ghetto Connection, Put Those Fools is a cover of The Tidals.

Old Time Something Come Back Again Volume 2, will be released on September 29th, 2017 on Easy Star Records.