Reggae Roast sign to Trojan and release a plea to stop the killing. 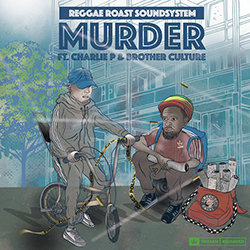 To an up-tempo 80s inspired rhythm, Culture and Charlie comment on the increase in violent crime while also talking up their musical credentials.

As well as a dub and a non-vocal version, Murder gets a drum and bass remix by Benny Page.

“With Trojan Records celebrating their 50th anniversary, it signals their continued commitment to a continually evolving genre that has stood the test of time” said Reggae Roast of their sighing in their press material.

Murder is out now on 7 inch vinyl and for digital download.