Prince Fatty Survival Of The Fattest

Prince Fatty Survival Of The Fattest

Rasa Music label is about to reissue Survival Of The Fattest from Prince Fatty with special guests as Winston Francis and Dennis Alcapone. 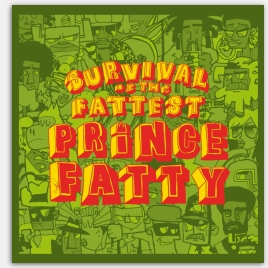 You’re wondering why a reissue even one year after the original release ? Because this new set features the new track entitled Gin & Juice featuring Horseman on vocals.

For those who missed the first issue, this is the occasion to discover this 13 tracks album. A set with special guests as Winston Francis on Big Man Cry, veteran Dennis Alcapone on Scorpio, Little Roy on Roof Over My Head and the powerful lead single, Milk & Honey with great horns and inspired vocals from Hollie Cook. An album that will delight fans of the early 70’s roots reggae sound. In stores on 8th of April.