Here is the latest roots release from French label Makasound due out for 21st of April. 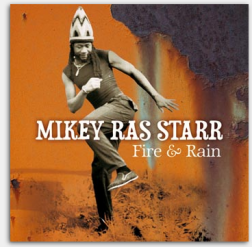 After the reissue of Black Roots In Session in late October, Makasound comes with Fire & Rain by Mikey Ras Starr, a great roots release due out in stores on April 21th. This underrated bassist-author and singer was an original member of two famous Jamaicans bands : Light Of Saba of Cedric Im Brooks and the Aggrovators ; he also released in 1985 the album Let’s Make It for Opulence Sound as Haile Maskel.

Nearly 30 years ago, Mr Starr recorded a 10 tracks album never released before. The French label who made his reputation with rare and roots reissues now presents this original set, recorded in 1979 accompanied with various singles including Mikey’s first one, Got To say Love, released in 1975. Not to miss !