Abassi All Stars on Deep Root

Abassi All Stars on Deep Root

German label Deep Root presents its third 2008 release with a new 10'' from Abassi All Stars collective. 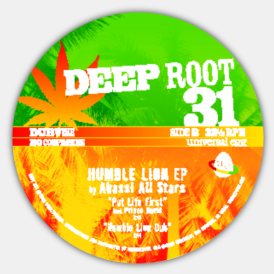 New 10’’ on German label Deep Root with a new release from Abassi All Stars. It features 3 vocal cuts including Omar Perry and German female singer Minoo on side A. On the flipside we found the up and coming Prince David out of the Moa Anbessa crew, from Venezia, Italy, followed by the dub version by Abassi All Stars.

Abassi is a collective of musicians based around Neil Perch’s Zion Train recording studio in Cologne, who released their debut Showcase album in 2007.