French producer Sherkhan released 8 tunes on his sweet Ol’Sitt’n riddim as 7” in late 2007. He now presents the one riddim album featuring 16 tracks available for digital download. It features the 8 unreleased versions by young artists from his Tiger records label as Empress, Blessed and Black Lion along with a combinaison between Al Pancho, Anthony John and Brando. All were recorded in his own studio in August Town, Kingston where he is based until 2003. Also watch the video medley released in April 2008. 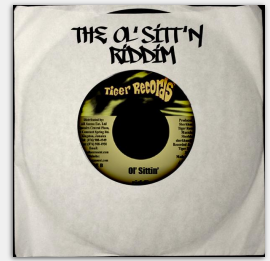