DubXanne - The Police In Dub

DubXanne - The Police In Dub

In the same vein as Easy Star All Stars’ dub versions of Pink Floyd, here is a new project gathering dubs of hits by The Police. 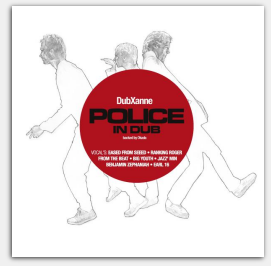 DubXanne, German based collective comes with a new album, Police In Dub, available since a few days on Echo Beach. This new set, as its titles says, is a kind of tribute album to The Police, one of the famous band out of Britain since the late seventies. A 13 tracks album featuring dub versions of hits by The Police such as Walking On The Moon, Roxanne, Message In The Bottle, Reggatta De Blanc and Can´t Stand Losing You.