Scientist At The Controls of Dub

Scientist At The Controls of Dub 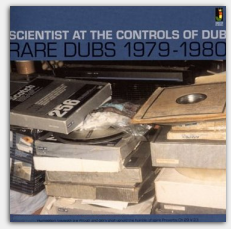 The London based label Jamaican Recordings, specialized in dub releases from the 1970’s, comes with a new compilation of instrumental mixes by Scientist. After King Tubby, Augustus Pablo, Lee Perry, Niney The Observer and King Jammy, the label now focuses on Kingston born engineer Overton Brown aka Scientist. A dub set of 16 tracks produced in 1979 and 1980 by Ossie Thomas and recorded between Channel One, King Tubby's and Tuff Gong studios.