French based label specialized in roots reissues releases a huge tune by Leroy Sibbles and in the meantime launches its new label. 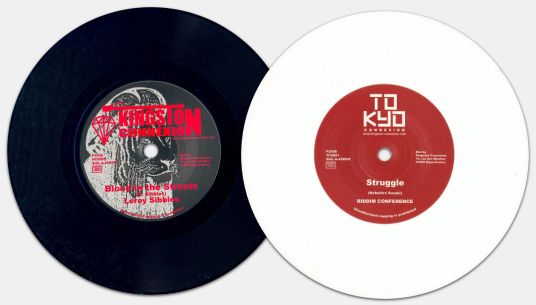 After releasing for the first time on 7" two killer songs from Light Of Saba, Kingston Connexion strikes hard one more time. The French based label now releases a wicked tune by the original lead singer of the Heptones, Leroy Sibbles. Blood In The Streets was recorded at Tuff Gong studio and has been produced in the early eighties. A huge vocal cut followed by a deep and powerful dub version on the flipside.

In the meantime, Kingston Connexion launches its new label Tokyo Connexion, specialized in dub from Japan. The first 7" to be out includes an heavy bass stepper tune titled Struggle, followed by its dub version. Both cuts are produced by Riddim Conference aka Nobuhiro Suzuki, multi instrumentalist and dub producer from Japan. Two killer 7’ to not miss !