Basic Channel returns with another Wackies 12'' including two 1981 roots productions originally released as 7". 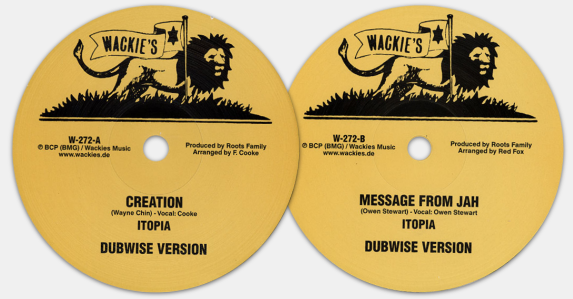 The German label Basic Channel strikes hard one more time reissuing Creation by the Wackies House band Itopia, originally released as 7’’ on Wackies in 1981. This nice tune, soon available on 12’’, is based on the killer Jah Creation by Creole, produced by Channel One in 1975 and recently re-released by Pressure Sounds.

While Creation is led by Fabian Cooke on vocals, side B features Message From Jah, a second 7’’ from Itopia voiced by another Wackies regular singer known as Owen Stewart. Each vocal cut is followed by its Wackies style dub version. Due out on 27th of June.