The UK based dub producers duo releases a cover of Barrington Levy’s hit Love of Jah. 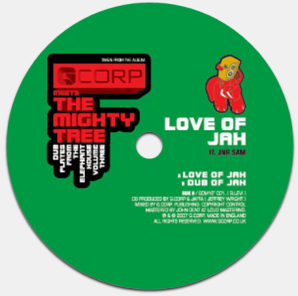 The new 10’’ release from UK based crew G. Corp aka Groove Incorporation is out on their label G.Crop Music. Love of Jah is a cover of Barrington Levy’ killer tune originally released in the late 70’s early 80’s as 7’’ on Gorgon records, then on Jah Life and Wild Fire labels, with different mix each time. The single is quite hard to find so the crew decided to make their own version to be able to play it out.

This new 10’’ release by G.Corp with the collective of musicians, The Mighty Tree, also features a heavy bass line dub cut with a set of horns unfeatured on the classic version. To note that Love Of Jah is issued from G Corp and Mighty Tree third LP Dub Plates from the Elephant House.