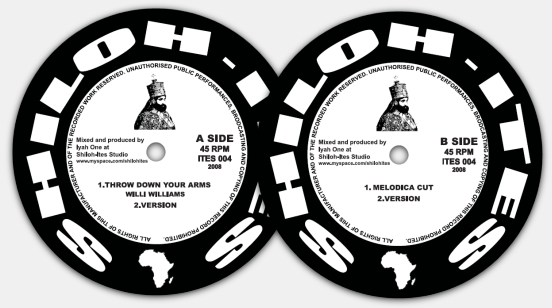 Swedish label Shiloh Ites has released a new 12’' featuring Jamaican singer Willi Williams, while Amsterdam’s King Shiloh Music has put out Errol Bellot’s new EP. Both releases are produced and mixed by Iyah One at his Shiloh Ites studios. The first 12'’ includes Willi Williams’ pacifist killer Thrown Down Your Arms and its dub version on the A side; on the flip is a serious melodica cut by Jeohacim plus dub.