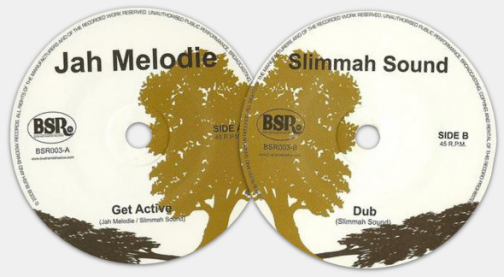 For the third time, the collaboration between Amsterdam based roots reggae and dub producer Slimmah Sound and the up and coming singer Jah Melodie aka Bagga T is a total success. After releasing the killer 7" Love Fire Burning in 2007, they return with Get Active, a new single as powerful and militant as previous releases out on Dutch label Bush & Shadow Records. Jah Melodie, whose heartfelt voice is as mystical as ever, delivers spiritual and conscious lyrics over a tough riddim produced by Slimmah Sound. Side B features the heavywight dubwise steppa riddim also by Slimmah Sound. Out in August.