Reissue of the second album of Toots and The Maytals by 17 North Parade. 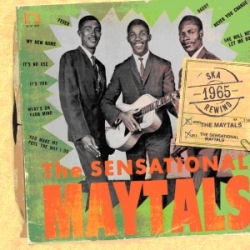 VP Records’ 17 North Parade imprint is reissuing the second album by Toots and The Maytals titled The Sensational Maytals.

The album, originally produced by Byron Lee and Ronnie Nasralla, was recorded at Jamaica's Federal Recording Studio in 1965. The reissue features the original 12 pure classic ska tracks plus 6 bonus tracks from when Toots and The Maytals shifted to Rock Steady the following year.

The Sensational Maytals will be available on the 12 of August.