Old To The New : Steely and Clevie Tribute to Joe Gibbs

Old To The New : Steely and Clevie Tribute to Joe Gibbs

A compilation of remakes of classic productions from Joe Gibbs featuring Culture, Anthony B, Barrington Levy, Luciano and many more. 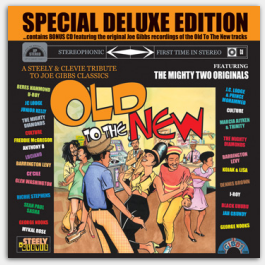 17 North Parade now reissues the compilation plus a bonus CD featuring the original tracks produced by the Mighty Two : I’m Still In Love With You by Marcia Aitken, Two Seven Clash and I’m Not Ashamed by Culture, How Could I Leave and Money In My Pocket by Dennis Brown, Rent Man by Black Uhuru... From the old to the new ! Due out for early September.