As the up-and-coming singer Dan I, Well Jahdgment is a singer from Italian Moa Anbessa crew. He released several singles (Step Forward, Hail Him, Beg and Pray) since 2006 that have been regularly played in European dances and even abroad. Sicilian label Ghetto City Productions releases now a new 7’ featuring the singer from Venice. It features the vocal cut, Think and its dub version produced by Mighty Prophet. Some nice roots and dub tunes out now. 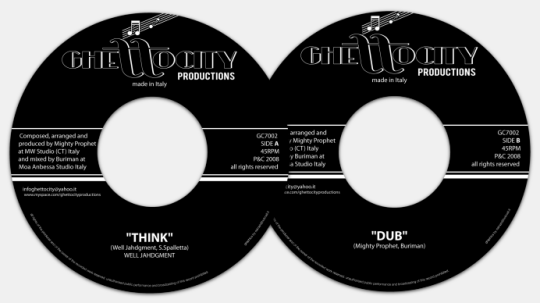