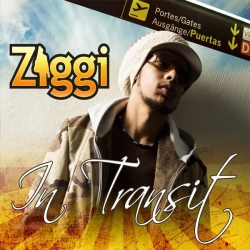 Half Dutch and half Caribbean, reggae singer Ziggi grew up in the Caribbean island of St. Eustatius. He’s now about to release his second album, In Transit, due out in stores on September, 22nd. A new modern roots effort including collaborations with Anthony B, Gentleman, Ce'cile and Admiral T, gathering producers from Jamaica, Europe and America. While with his debut album, So Much Reasons (2006), Ziggi won five awards in Netherlands, we hope the follow-up, also released by the label Rock’N Vibes, will be in the same vein…Until the issue, listen to Gonna Leave You, the first single from this brand new album.

To note that the "In Transit Tour" will start on September 20th in Netherlands. More info coming soon. Stay connected !