Another crucial VP records reissue with African Dub Chapter 1, 2, 3 and 4. 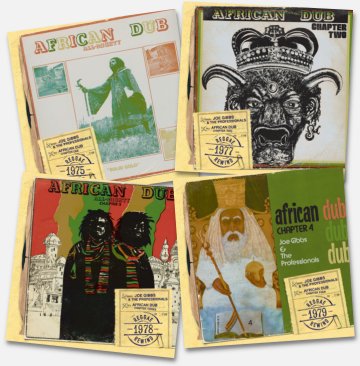 Besides Dennis Brown - Visions and Joe Gibbs Reggae Christmas, Vp Records focuses on Joe Gibbs productions with the release of the four volumes of African Dub, originally released in the late 1970’s. They will be available on October 23, 2007 and followed 8 major reggae album reissues since end 2006 by Vp records. The label carries on his new reissue policy with its Reggae Rewind serie formalized with the creation of the 17 North Parade imprint on September 2007 to re-release this original reggae and vintage dancehall albums.