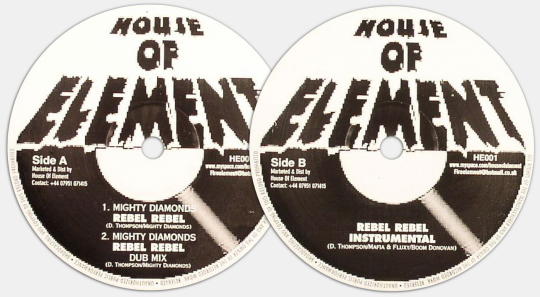 Rebel Rebel is the name of The Mighty Diamonds’ new single. Released on the House Of Element label on 10”, Rebel Rebel is probably the best tune from the Jamaican trio in several years. Over a rootsy riddim produced by Dean Thompson, played by Mafia and Fluxy with Boom Donovan and The Congos, they deliver crucial rebel soldier lyrics. The vocal cut is followed by the heavy dub mix and side B features the instrumental version, mixed by Thompson and Calvin Francis. Out now on limited 10”. Miss them at your peril!