A Journey to Foreign with Clinark

A Journey to Foreign with Clinark

A debut album for this UK based roots and culture singer from Bermuda. 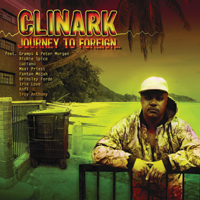 You may already know Clinark for both hit singles Dem Come and Fire Bun which he recorded under the name of ‘Dillinjah’. The Bermudian reggae singer aka The Reggae Torch now releases his first solo studio album called Journey To Foreign.

Journey To Foreign was produced by the UK duo Mafia & Fluxy and recorded by Gussie P at Mafia & Fluxy Studios and at Stingray Studios in London, UK. Recommended.