A new album for Perfect

A new album for Perfect

Check out the first single from his new album, due out in September 2009.

2008 has been a good year for Perfect, with the release of his acclaimed album 'Born Dead With Life' produced by Austria’s IrieVibrations. We wish him the same success for the next one, 'French Connection', due out on September. This time, the singjay from St Ann has worked with Sherkhan from Tiger Records, a French producer based in Kingston for several years. Both men have worked together since 2004’s Wharfedale Riddim, either on singles or riddim series, and this, is promising for the new effort. To introduce it, Tiger Records has released a first single, Song Of Jamaica. Next single from the album would be Absolute Blessings featuring Sizzla.

Tiger records also releases another Perfect's song called I Have A Dream. Both tracks are now available to download.

As Sherkhan reveals : "Next album will be about Reggae of course, with hip hop and even sometimes rock moods !". Awaiting more info, we invite you to discover these new songs, the first over the One Day Riddim, and the second on the Dream Up Riddim. 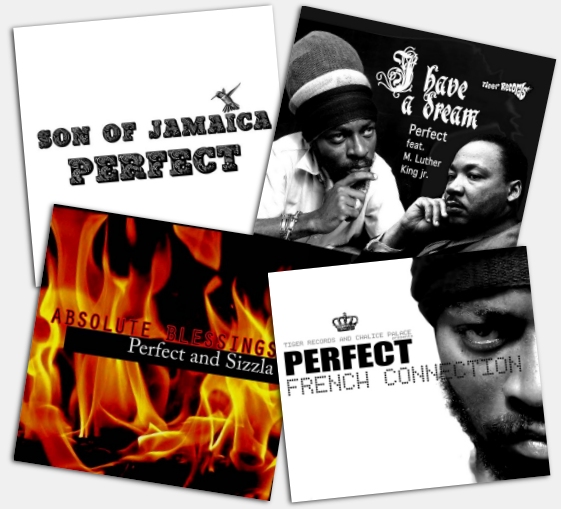