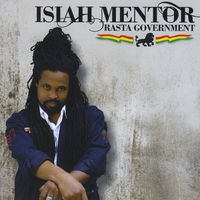 Some of you may know him from the 80’s era as Lilly Melody. He released several hit singles and one album called 'Give It To Me' (including such big tunes as Sandra or Jah Guide, released in 1988 on Park Eights). After taking a few years out from the business, the Jamaican now returns with a new conscious modern roots album called 'Rasta Government'.

It’s a 16 track set including tracks that we have been played for a while : Rasta Government, Fight Fight Fight, Cry Africa. It also features First Class with the bobo singjay Turbulence and Threes Company with the diva Tanya Stephens. Out on October 10th on Village Roots Records.