The Fulfillment of Chuck Fender!

The Fulfillment of Chuck Fender!

Check out his new album! 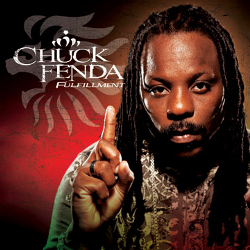 For this new set called 'Fulfillment' -to be released by VP records on January 18th 2010- the singjay worked with No Doubt Records on tracks such as Heights (83 riddim), Survivor (Rock Steady riddim), Herbalist Farmer (Drop It riddim) and Oh Lord Forgive Them (Sweet riddim). The album also includes Getting Serious on Nylon riddim, produced by Juke Boxx label, alongside Thin Line featuring I Wayne and Bad Boy with Sammy Dread.