Listen to Righteous Are The Conqueror and Gunman out on Monday 20th October. 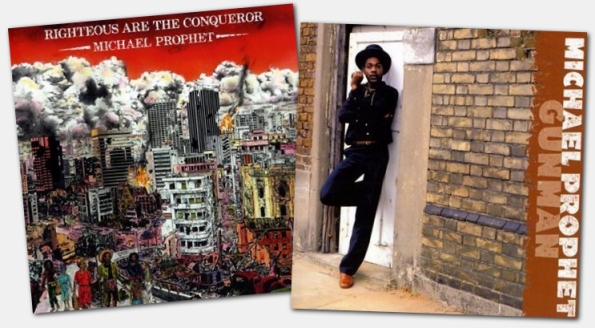 After their generously stocked Black Uhuru 'Black Sounds Of Freedom' Deluxe Edition, Greensleeves’ “Classics” reissue arm are back with two more vintage killers. They’re re-releasing the first and second Greensleeves albums by the distinctive voiced Michael Prophet: his powerful debut 'Righteous Are The Conqueror' and the smash followup 'Gunman'.

Produced by Junjo Lawes at Channel One studios using the Roots Radics band, each set is an essential purchase for the reggae enthusiast. For these nicely mastered reissues, Greensleeves have added several bonus 12 inch singles: Cassandra and Help Them Please (to 'Righteous Are The Conqueror') and Gunman, Here Comes The Bride, Boom Him Up Now, Trouble Nobody and Just Talking ('Gunman'). Both cds are out on Monday October 20th in all good record stores. You can listen to the title tracks from each album by clicking the player on this page.