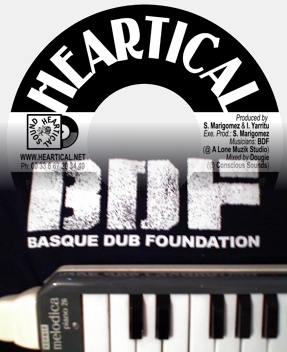 After the great Ministerio Del Dub Riddim released one year ago, Basque Dub Foundation and Heartical come with another roots release, due out for November. The riddim is a recut of Keith & Tex anthem Tonight, originally produced by Derrick Harriott and released in 1967. The BDF 2009 version features an interesting line up with artists such as Michael Rose, Anthony Johnson, David ‘Steel Pulse’ Hinds, Patrick Andy, Rootsamala, Silvertones, Kojak, Glen Ricks, Joseph Cotton, General Levy and Original Uman. The series will be available on six 7’’ on Heartical label.

Awaiting the release, check out the megamix !