Ffrench Music presents his new riddim with artists such as Turbulence and Sugar Minott. 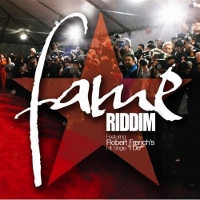 Robert Ffrench is a very influent reggae producer. He produced Buju Banton's first song The Ruler in 1985 and also many riddims that became anthems as Friends riddim and Sea of Love riddim in 1998 or Free Love riddim, Sperlena riddim and great Stud Buster riddim in 2000. But since the release of Saga riddim in 2005, we didn’t heard about his label anymore.

So this is a pleasure to discover his Fame riddim with artists such as Turbulence, Sugar Minott or Robert Ffrench himself. Released for digital download on November 24th.