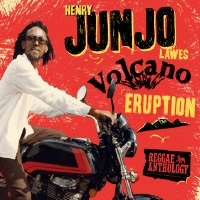 VP Records' wonderful reissue and classic label, 17 North Parade, is set to continue its wonderful streak with an eruption of potentially devastating proportions with its next release, the 'Volcano Eruption' anthology from the legendary producer, Henry "Junjo" Lawes. Unarguably one of the most influential figures in the history of Reggae music, the late Lawes and his Volcano imprint was responsible in the 1980's for the production of both some of the greatest artists the music has ever known and some of the greatest songs the music has ever done. This Anthology is by far to be the most comprehensive of Lawes and Volcano and it also includes what is certain to be a very interesting DVD. The release includes works from the likes of Barrington Levy, John Holt, Linval Thompson and King Yellowman.

This flaming hot release is certain to be one of 17 North Parade's biggest projects and is due in stores worldwide in February.

Watch the trailer of the documentary :