Da Ville with Girls All Over him

Da Ville with Girls All Over him

An exclusive preview of Da Ville's next album! 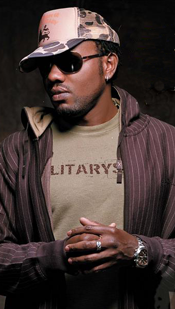 Listen to Girls All Over Me, an exclusive preview of Da'Ville forthcoming album scheduled to be released this year 2010 on Da'Ville's label Fashozy Records.

This very nice song is called Girls All Over Me and is composed, played and produced by the french team Tune In Crew which has already made the well known World Go Round Riddim in 2008.