The Rebirth of Pablo Moses

The Rebirth of Pablo Moses

Veteran Jamaican singer is back with a new album : The Rebirth. 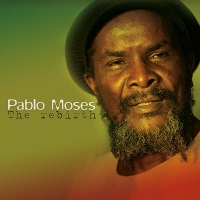 Alongside this golden reggae team, Moses delivers 13 rootsy tracks including several serious tunes such as So Much, Jah Will Make a Way, More Than You Can Chew and They Can't Undo that recalls Pablo's great work from the late 70's.

Due out on CD in April.