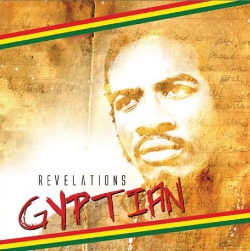 Apparently never one to rest on his laurels and become idle is Kemar 'Flava' McGregor, one of the strongest and hardest working Roots Reggae producer in the world, and to go along with his just released 'Classic Riddim' is a compilation release of sorts for Jamaican Reggae star, Gyptian, 'Revelations'. McGregor was one the very first producers to help Gyptian to establish his name - Producing early hits for the singer including Mama Don't Cry, Beng Beng as well the vast majority of his debut album for VP Records, 'My Name Is Gyptian'.

'Revelations' is essentially a compilation of songs gathered together from Gyptian's work with McGregor over the past few years. Many of these tunes are sure to be well known amongst fans as they were also released as singles. The album comes via McGregor's new imprint, Flava McGregor Records and is now exclusively available for purchase on the label's new website, www.flavamcgregor.com.