The first up is from UK reggae & dub artist /producer The Manor entitled 'Revelation Congo'. The album is to feature 11 pure and heavy roots & dub tracks a kin to that of Lee ‘Scratch’ Perry’s Black Ark studio from the 1970’s and will appear on the labels Jah Urban Sound subsidiary.

The second release is a 4 track EP titled 'In & Out of Love' by Newcastle (UK) based band Hassle. The release is to coincide with their visit to the Springline Corsica (Fr) Rock & Reggae one nighter on July 6th. The band also recently signed a new contract with the label and are currently recording their third album.

Both releases will be available at iTunes worldwide, Amazon mp3 & CD store, Shockhound and Napster. 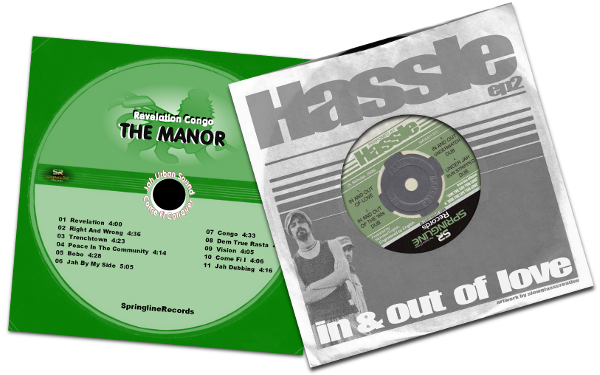