The Abassi All Stars team up with Ital Noiz.

The Abassi All Stars are back again with the sixth release in their 7inch vinyl only Dub Conference series and this time they feature with the sounds of Ital Noiz from Roma, Italy.

Ital Dub by Abassi All Stars graces the A side but it is the vocal flipside with Ital Noiz that does it for me and with the summer festival season well under away I can see this going down a storm. It is brisk and bright and should put some bounce in even the sternest of feet.

This is probably the best release in the series so far and is due out on the 28th of June on silver vinyl. 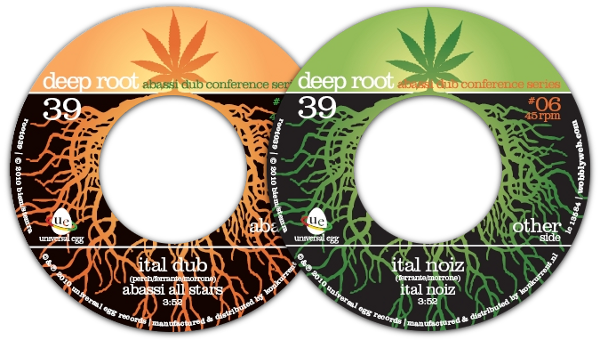