Daddy Rings - The Most High

Daddy Rings - The Most High 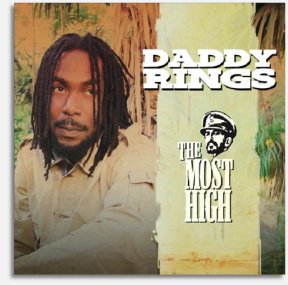 Ten years after Stand Out, Daddy Rings comes back with The Most High. This new album will be released on 6th of November on his own label African Glory records. Here’s a new roots piece mainly recorded in Jamaica at 321 Strong studio and at Steven Stanley's studio. This set features Gentleman on The Future and Paul Elliott on Self Reliance among 17 songs.

Born in 1971 in Jamaica, singjay Daddy Rings began music in the 1990’s with producer King Jammy and recorded his first album Stand Out in 1997 for Augustus 'Gussie' Clarke. After touring and recording several duets with Gentleman this last years he is about to release his second album this month.