Lloyd Brown Is A Cornerstone

Lloyd Brown Is A Cornerstone

Mr. Dependable. If everyone in Reggae music worked on the schedule of sweet singing UK veteran of veterans, Lloyd Brown, then there probably wouldn't be many, if any at all, delayed or 'pushed back' projects [biggup Etana] [twice]. Each and every November of each and every year, the singer goes about releasing his latest, usually very very good, album. Well, if you haven't noticed, it's November and loaded and set to drop is the latest big album from Lloyd Brown, 'Cornerstone'. 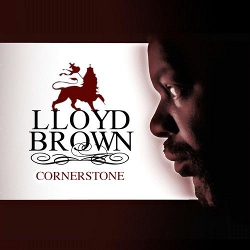 Recently, most of Brown's releases came via the apparently now vanished and vanquished Cousin's Records, but 'Cornerstone' marks a bit of a landmark as the artist himself has stepped up to release this album on his own Riddimworks Productions imprint, in conjunction with JMG Inc. The very lofty titled project is highlighted by the fact that it contains approximately three billion combinations. Most notably [to readers of this site] joining Lloyd Brown are UK Reggae diva, Adele Harley, Curtis 'Da Grynch' Lynch Jr. from Necessary Mayhem and the tune No Thank You just happens to be surrounded in wholesome UK Reggae goodness as, on board are Top Cat [who also features on Look Lively], General Levy, Nereus Joseph and even the legendary Macka B.

November is almost over, which means this album releases very very soon. Fans worldwide can get Lloyd Brown's 'Cornerstone' on CD and digitally courtesy of Zojak Worldwide.