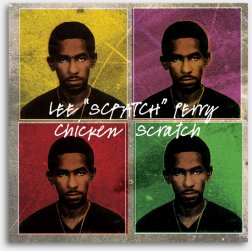 After Forever Version by Dennis Alcapone and On The Other Side Of Dub by Lone Ranger, Heartbeat records continues to bring back to life Coxsone Dodd productions. With Lee Perry Chicken Scratch, a new Deluxe Edition reissue from his Studio One catalog, the label will focus on Lee Perry unsung early ska recordings from the 1960s.

Originally released in 1989, this new version features 6 bonus tracks and 13 original single mixes for the first time on CD. This great compilation of rare ska songs by Lee Perry - principally known for his deep productions in his Black Ark studio - will be available on 29th January 2008 to begin a new Studio One year with Heartbeat records !