Listen to cuts from their new Run Run and Only A Smile rhythms.

London’s Stingray Records has been busy recreating not one, but two reworkings of foundation rhythms.

The first is a return for Delroy Wilson’s Studio 1 side Run Run including pieces from veterans George Nooks, Luciano and Mikey General, as well as newer blood in Stevie Face. 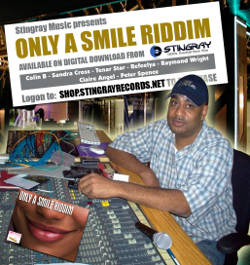 Only A Smile is a revisit to the Paragons Treasure Isle recording, recently also revived by Curtis Lynch for Lloyd Brown’s Goodbye on last year’s 'Cornerstone' album. Stingray’s outing, featuring Colin B, Sandra Cross, Peter Spence and Tenna Star is closer to the original than Lynch’s hip-hop flavoured work.

The rhythms were recorded at Stingray’s Big House studio and co-produced and engineered by Carlton “Dillie” Mcleod. Both are out now for download from Stingray Records Online Store: http://shop.stingrayrecords.net

A vinyl release is soon to come…